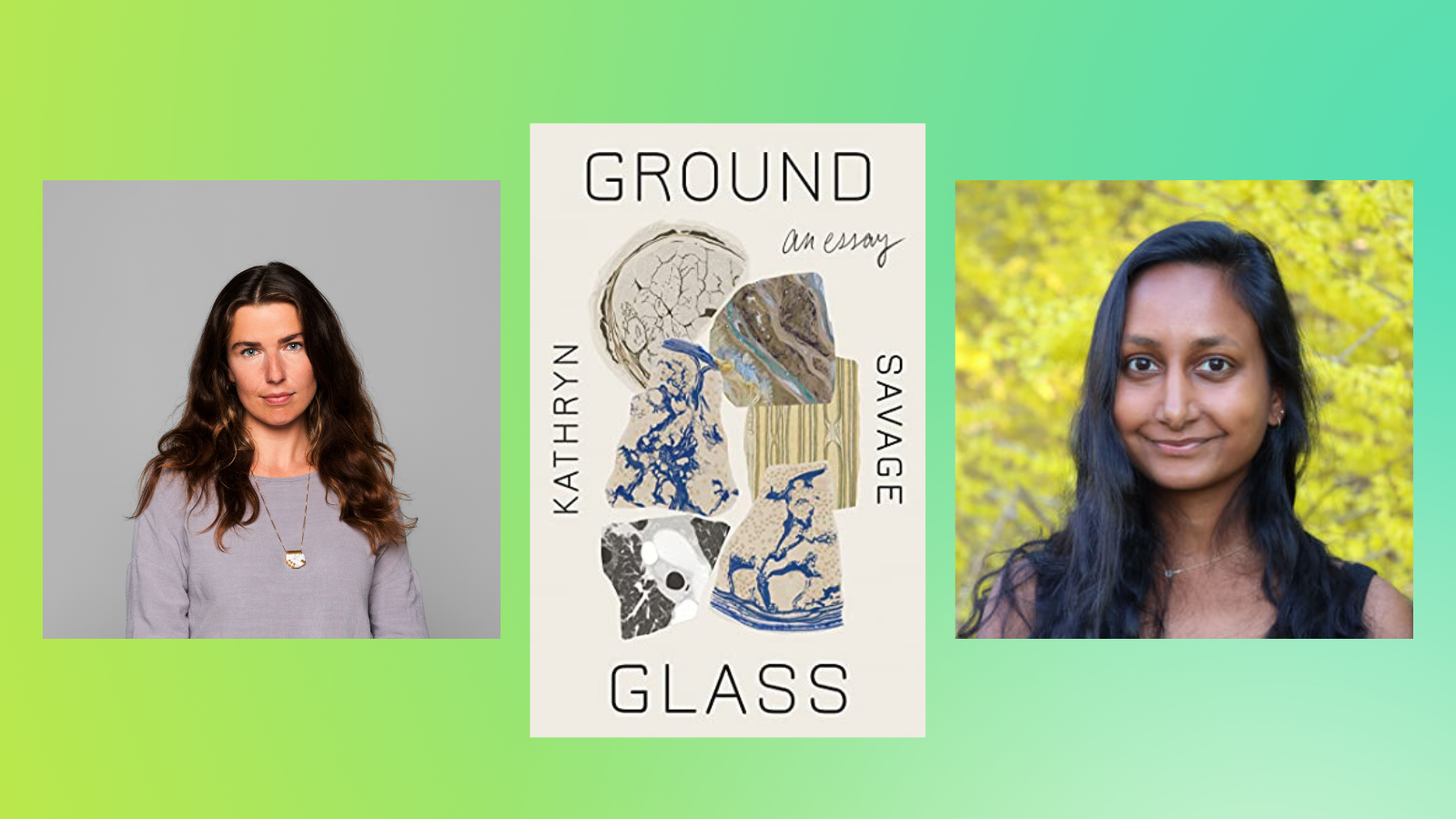 "Could there be something humbling and revolutionary in understanding myself as a site of contamination?"

Groundglass takes shape atop a polluted aquifer in Minnesota, beside trains that haul fracked crude oil, as Kathryn Savage confronts the transgressions of U.S. Superfund sites and brownfields against land, groundwater, neighborhoods, and people. Drawing on her own experiences growing up on the fence lines of industry and the parallel realities of raising a young son while grieving a father dying of a cancer with known environmental risk factors, Savage traces concentric rings of connection--between our bodies, one another, our communities, and our ecosystem. She explores the porous boundary between self and environment, and the ambiguous yet growing body of evidence linking toxins to disease. Equal parts mourning poem and manifesto for environmental justice, Groundglass reminds us that no living thing exists on its own.

Kathryn Savage's writing has appeared in American Short Fiction, Ecotone Magazine, the Virginia Quarterly Review, BOMB, and the anthology Rewilding: Poems for the Environment. Recipient of the Academy of American Poets James Wright Prize, she has received support from fellowships and residencies including the Bread Loaf Writers' Conference, Minnesota State Arts Board, Ucross Foundation, and Tulsa Artist Fellowship. She lives with her family in Minneapolis and teaches creative writing at the Minneapolis College of Art and Design.

Natasha Rao is a poet and educator from New Jersey. Her debut collection, Latitude, was selected by Ada Limón as the winner of the 2021 APR/Honickman First Book Prize. The recipient of a 2021 Ruth Lilly & Dorothy Sargent Rosenberg Fellowship from the Poetry Foundation, she has also received support from Bread Loaf, the Vermont Studio Center, and the Community of Writers, and was named a Djanikian Scholar by The Adroit Journal. Her work appears in The Nation, American Poetry Review, The New York Times Magazine, The Yale Review, and elsewhere. She holds a BA from Brown University and an MFA from NYU, where she was a Goldwater Fellow. She is currently an Editor of American Chordata and lives in Brooklyn.

“Like Joan Didion in The Year of Magical Thinking, Savage approaches grief by situating her thoughts within the conversations of other writers, including Terry Tempest Williams, Jacques Roubaud and Camille T. Dungy, but in so doing, her individual mourning moves quickly and fruitfully to larger discussions about how our bodies are connected to the spaces around us. . . . Savage balances the personal with research so readers can feel both why she cares and why we should. This work is a worthy reflection.” —Abby Manzella, Star Tribune

"Savage combines memoir with environmental and social commentary in her haunting debut. . . . A work of both elegiac beauty and horror. . . . This one’s tough to forget.” —Publishers Weekly

“A lyrical exploration of grief and ecology. . . . [A] prismatic debut in the guise of a grief memoir, but the narrative encompasses ecological investigations of brownfields and Superfund sites. . . . Savage creates a compelling meditation that flows beyond the typical stylings of memoir, journalism, and theory. An interrogative, existential crisis at the center of an ongoing ecological one.” —Kirkus

“A poetic reckoning with environmental pollution and its unavoidable connection to human bodies. . . . Groundglass tenderly dissolves the perceived boundary between environment and self . . . [and] invites readers to settle into their own bodies and cultivate an ever-deepening awareness of the spaces they occupy.” —Lillie Gardner, EcoLit Books

“Groundglass is a work of beauty—like the superfunds Kathryn Savage investigates, which green and bloom and renew despite it all. Reading Savage’s writing is like taking a walk beside a friend with an extraordinary eye for all the unlikely and remarkable details along the path, the ones you would have missed if you had to walk it alone.” —Kathryn Nuernberger

“How does one build a home? A family? What are the ways they might come apart? I myself grew up within wind’s distance of Love Canal. In times marked by Chernobyl, Fukushima, by fracking and spills, compromised air and water, the relationship between toxicity and the bloodstream feels intimate and immediate. This probing book asks the hard questions in a compelling blend of memoir, essay, biography, and reportage. The inside is the outside now. The outside is inside.” —Kazim Ali

“Kathryn Savage roots down into one broken place––a place most would rather overlook––and listens. Here, every relationship the author tends––with herself, with her son, with the father that begot her and the neighborhood where he raised her up––twists into unsettling shapes thanks to what this land has been forced to hold. Groundglass is both a commitment and a grappling, and for that reason it will stay with me for a very long time.” —Elizabeth Rush

“Through exquisitely honed language and poetic imagery, Kathryn Savage skillfully juxtaposes her father’s cancer with the ecological violence she witnessed at toxic Superfund sites, crafting an unflinching portrayal of ‘the world as body.’” —Diane Wilson