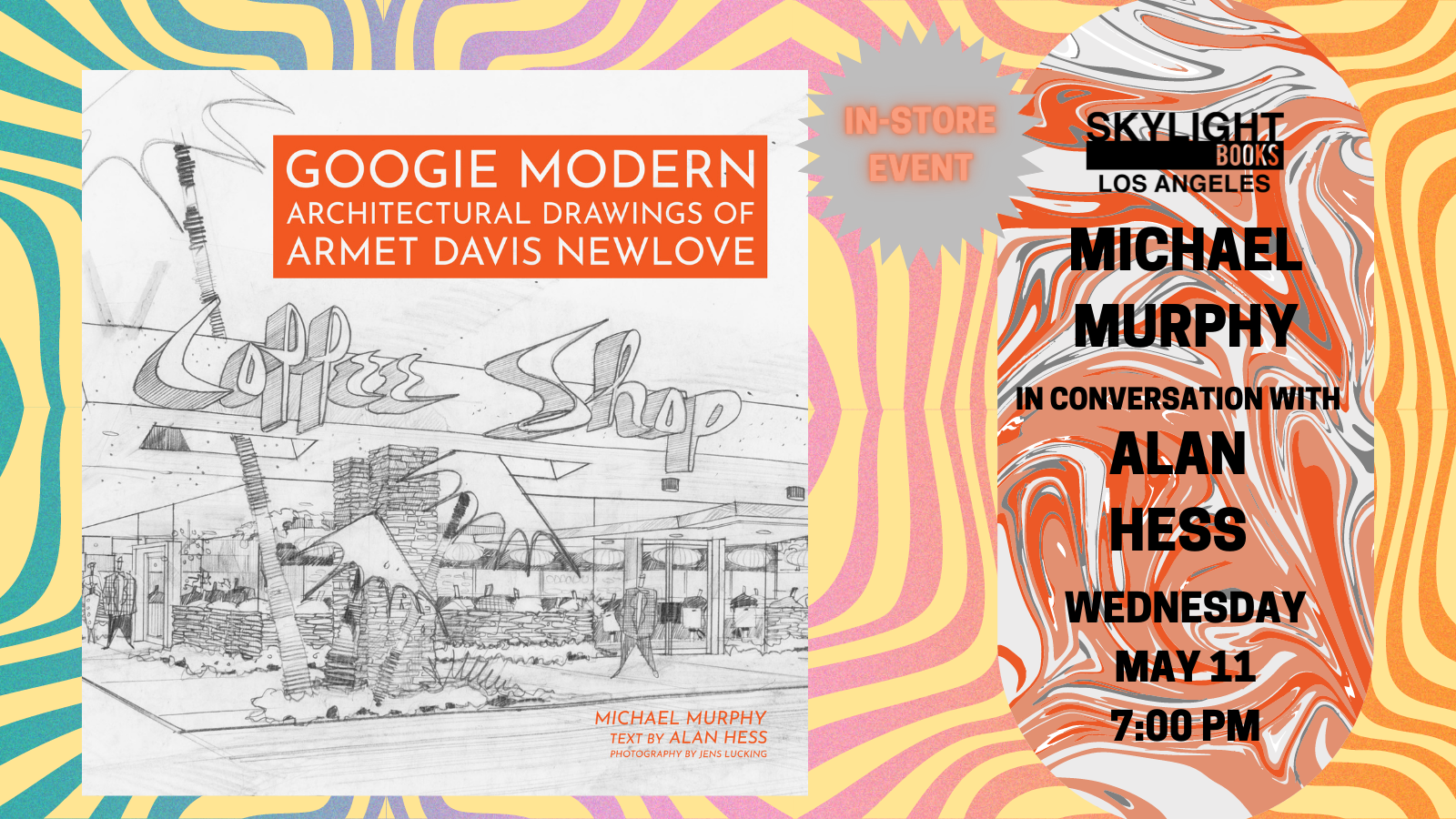 Michael Murphy is a former agency creative turned independent designer and real-estate entrepreneur. He met Victor Newlove and viewed his first Googie renderings when he was still in junior high, and those images were locked in his brain. They would eventually define his passion: Googie Modern. Prior to creating this book, Murphy designed Vedem Underground, an exhibition that Smithsonian magazine hailed as one of the ten “Don’t Miss...” exhibits of 2017/2018. Murphy curated and designed two exhibitions with companion books about Santa Monica, and the book Los Angeles: A Look Back to Postcards of the 1930s & 1940s from Today with his colleague, photographer Jens Lucking.

Alan Hess is the author of twenty books on Modern architecture including the landmark Googie: Fifties Coffee Shop Architecture in 1985. He serves on the boards of California Historical Resources Commission, Preserve Orange County, and Palm Springs Modernism Week, and has helped achieve landmark status for buildings including CBS Television City, Bullock’s Pasadena, Norm’s La Cienega, and the nation’s oldest McDonald’s stand. He has received the National Trust for Historic Preservation’s Honor Award, Docomomo/US’s Award of Excellence, and the Los Angeles Conservancy’s President’s Award.