AT SKYLIGHT: NOLAN KNIGHT presents BENEATH THE BLACK PALMS with JIM RULAND 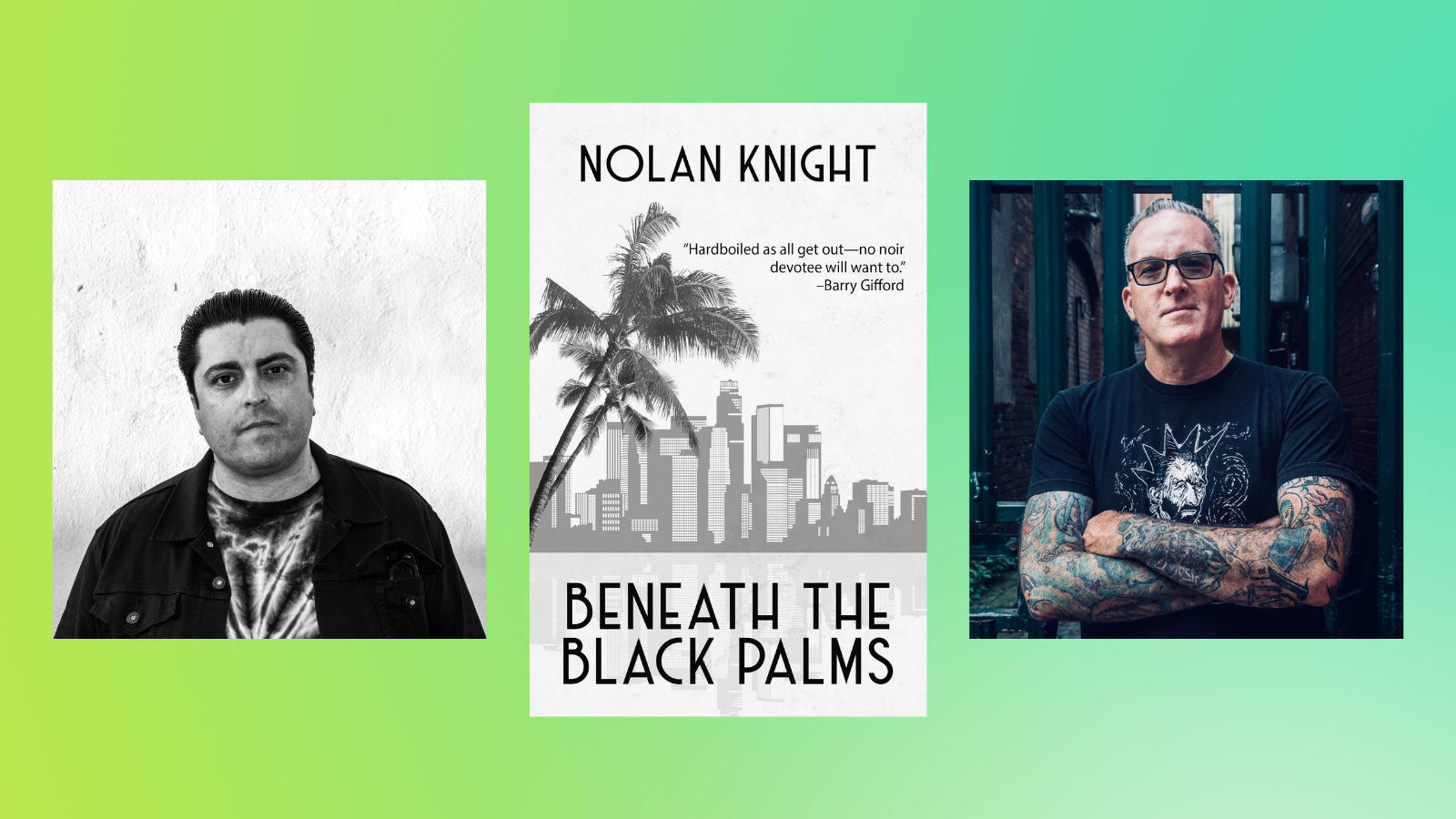 Beneath the Black Palms (Down and Out Books)

Beneath the Black Palms lurks the other side of living. Los Angeles—the siren, the beast—is the central antagonist within these eleven masterful, stylistically-diverse short stories. Nolan Knight maneuvers The City to destroy with open arms, its warm torments ushered for lonesome dreamers, outcasts, squares, con men and have-nots. Come for the sunshine, stay for the dread. No one is spared Beneath the Black Palms, the most unforgettable short story collection in recent years.

Nolan Knight is the author of The Neon Lights Are Veins, a fourth generation Angeleno whose short fiction has been featured in various publications including Akashic Books, Thuglit, Crimespree Magazine, Shotgun Honey, Tough and Needle. He is a former staff writer for Los Angeles' Biggest Music Publication, the L.A. Record, and currently resides in Long Beach. Beneath the Black Palms is his first collection of short stories.

Jim Ruland is the LA Times bestselling author of  Corporate Rock Sucks: The Rise and Fall of SST Records. He also co-authored My Damage with Keith Morris, the founding vocalist of Black Flag, Circle Jerks, and OFF! and Do What You Want with Bad Religion. Ruland has won awards from Reader’s Digest and the National Endowment for the Arts. His work has appeared in The Believer, Esquire, Granta, Hobart, Los Angeles Times, McSweeney’s, Oxford American, Zyzzyva, and many others. His new novel, Make It Stop, will be published by Rare Bird Books on February 14, 2023.

Praise for Beneath the Black Palms -

“Hardboiled as all get out—no noir devotee will want to.” -Barry Gifford, Author of Sailor & Lula: The Complete Novels, The Cuban Club /Screenwriter of Wild at Heart and Lost Highway

"Nolan Knight is at the forefront of Hard-Ass-Noir. He's the mad hatter of words and dark moody storytelling. He's a creative crime-pugilist!" - Frank Bill, author of Crimes in Southern Indiana, Donnybrook and The Savage

Beneath the Black Palms: Stories (Paperback)