AT SKYLIGHT: SIMON HANSELMANN in conversation with ANNA HAIFISCH 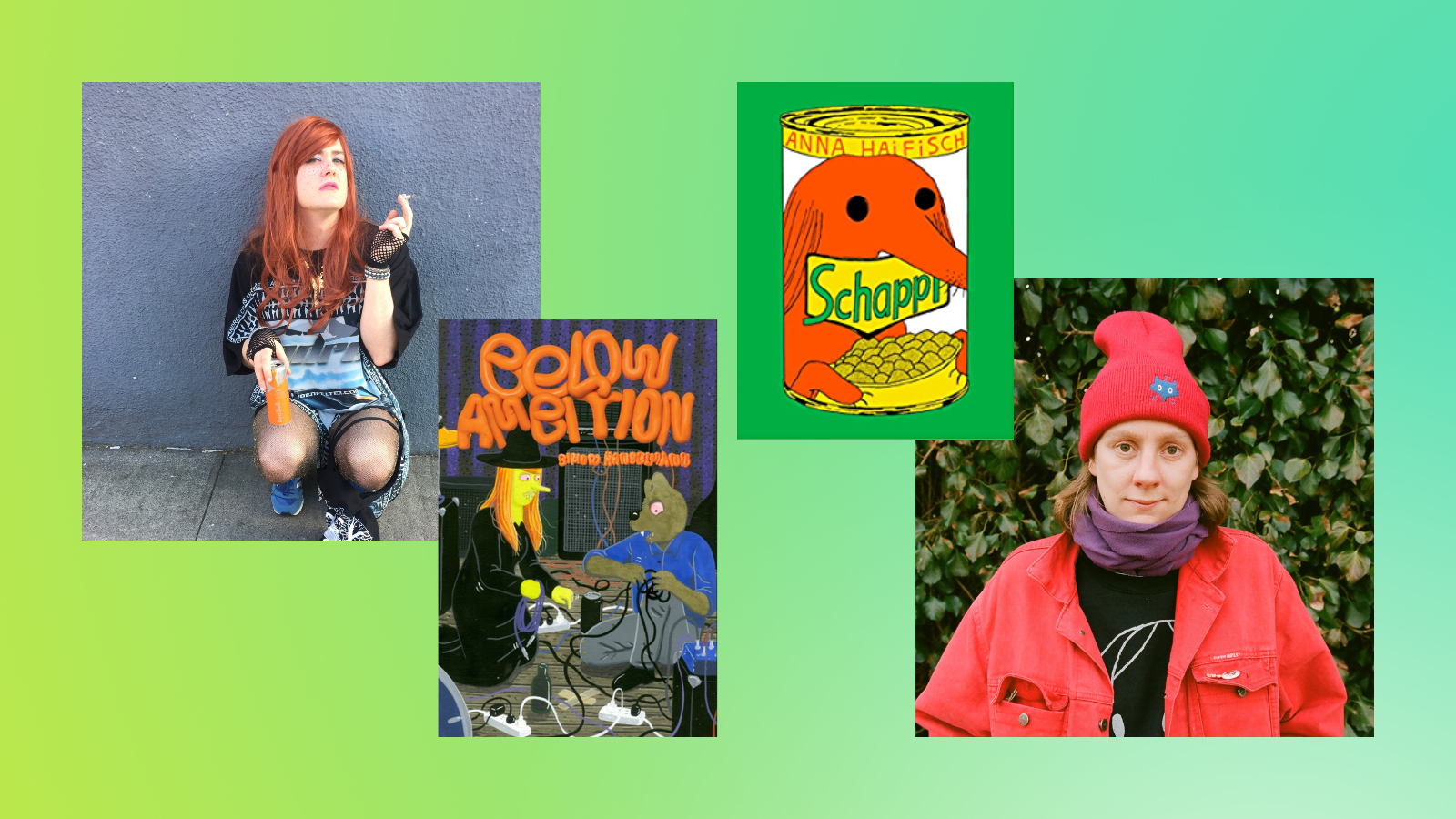 Following Simon Hanselmann’s 2021 smash hit graphic novel Crisis Zone — which captured the zeitgeist of life under Covid and the New York Times Book Review called “the first great work of pandemic fiction” — things settle down, and Megg the Witch and Werewolf Jones get the band back together.

Megg and Werewolf Jones are Horse Mania. Horse Mania is a test of the audience’s patience, proudly the “worst band in town,” without any ambition to make it. Join the musicians as they battle through shoddy, distracted practice sessions, a squalid house show, and a doomed interstate tour. Watch as they drunkenly flail through their sets amidst toothaches, nervous breakdowns, suicide attempts, mounting hatred, and a galaxy of benzos. This is music and performance in its most primal, multifaceted, and pure form. Feel the tension. See the dirty looks. Taste the pain. Smell the depravity. Hear the veiled beauty. Horse Mania wants you to lose your mind.

Below Ambition is a meditation on youth, performance, and memory as only Simon Hanselmann, the best comedic writer in comics, is capable of. The book will also include a flexidisc single by Horse Mania, "Stick It In for the Ambient", which will be bound into the book with a perforated edge for easy removal and play.

Simon Hanselmann hails from Tasmania but resides with his family in Los Angeles, CA.  His bestselling New York Times series Megg, Mogg and Owl has been translated into thirteen languages, nominated for multiple Ignatz and Eisner awards, and won Best Series at the Angouleme International Comics Festival in 2018.

A collection of absurdist comics short stories navigating etiquette and diplomacy within the vicissitudes of the animal kingdom: from proud ostriches to racist mice, and delicious-looking weasels.

In Schappi, Anna Haifisch blurs the boundaries between humans and animals in subtle and absurd ways. In these five collected comics short stories, carnivores and herbivores meet at a disastrous congress of the animals; we get to know a merciless, art-collecting lizard; and are introduced to dancing ostriches and a melancholy, meditating octopus. With singular humor and charm, and a brilliant eye for color, Haifisch tells of the everyday struggle from the prairie to the drawing table, of self-imposed isolation and friendship. At the end of the day, there is hope, even for crying weasels. Haifisch's wry sense of humor reveals many truths lying underneath her absurdist wit. Printed in five gorgeous Pantone inks, Schappi will shine from a bookshelf like a mad husky's iris.

Anna Haifisch was born in 1986 in Leipzig, Germany. She studied printmaking and illustration at the Academy of Visual Arts, Leipzig and worked as a screenprinter for Kayrock Screenprinting in Brooklyn. Her books are published in several languages. Schappi, her latest publication, came out with Fantagraphics. Anna lives in Leipzig, Germany. www.hai-life.com

Praise for Below Ambition  -

Hanselmann is one of the most gifted cartoonists alive. — The A.V. Club

Haifisch’s work is very funny [with] a charming, scratchy line and a faintly unsettling colour palette. — The Quietus