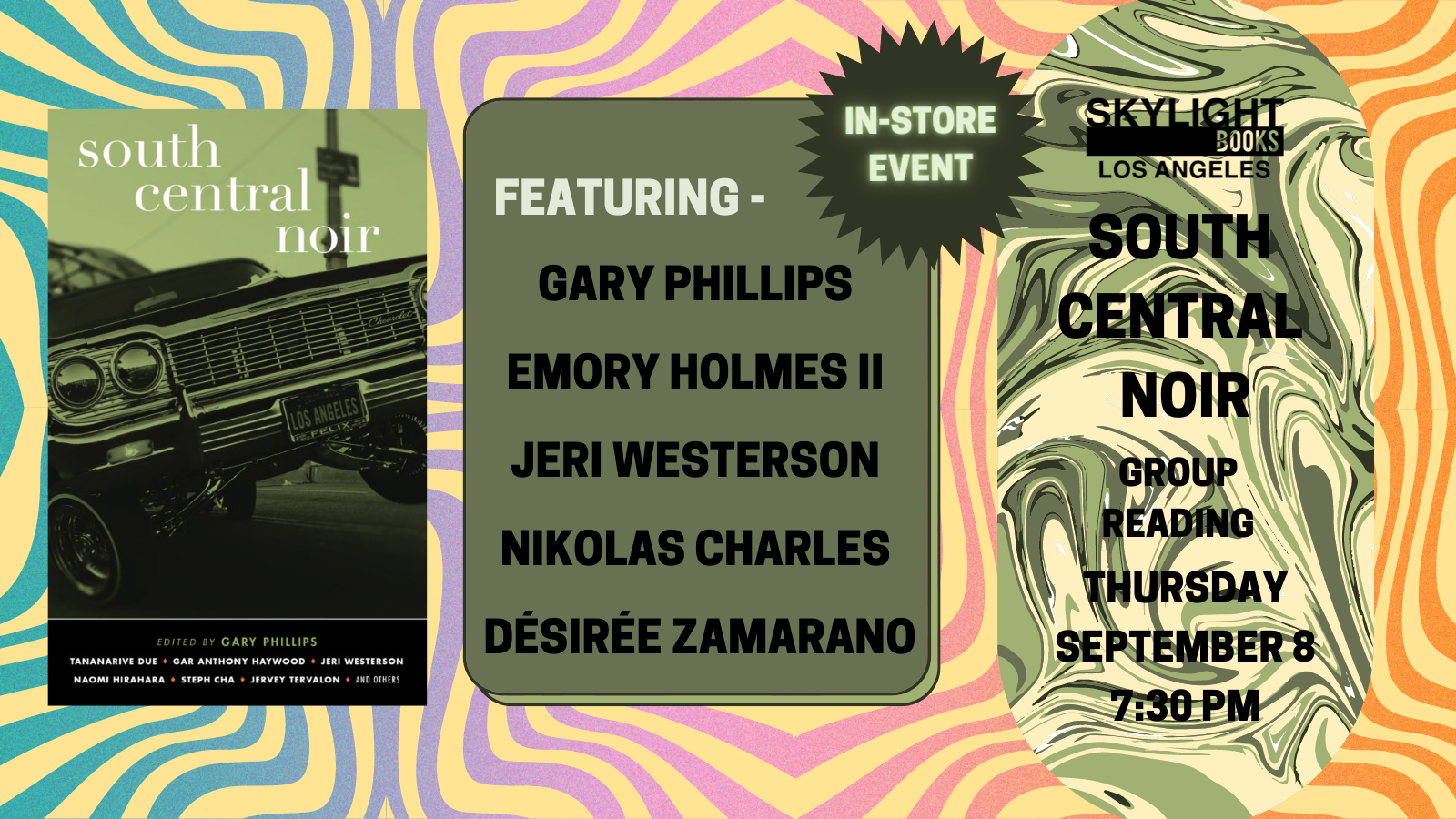 The Akashic Noir Series' forensic study of Southern California sharpens its focus on one of Los Angeles's most recognized neighborhoods.

From the Introduction by Gary Phillips -

"Within these pages you'll find stories of those walking the straight and narrow--until something untoward happens. Maybe it's someone taking a step out of line, getting caught up in circumstances spiraling out of their control. Maybe they're planning the grift, the grab . . . whatever it is to finally put them over. Other times the steps they take are to get themselves or people they care about out from under. You'll find the offerings in these pages are a rich mix of tone--tales told of hope, survival, revenge, and triumph. Excursions beyond the headlines and the hype.

The settings herein reflect South Central today or chronicle its colorful past, such as the days of the jazz joints along Central Avenue . . . From South Park to East Martin Luther King Jr. Boulevard, from the borderlands of Watts to the one-time Southern Pacific railroad tracks paralleling Slauson Avenue, take a tour of a section of Los Angeles that may be unfamiliar to you but you will get to know, at least a little, by the time you finish reading this entertaining and engaging anthology."

"The 14 tales in this strong entry in Akashic's noir series focus on the robust past and present of one of the most notorious areas not just in Southern California but the country . . . Phillips and his contributors dig deep, presenting a rich tapestry of stories varied in tone and perspective."
--Publishers Weekly

"Editor Phillips packs 33 square miles of one of Los Angeles' most iconic neighborhoods into 14 compact stories . . . These stories offer a strong sense of their community, covering a remarkable lot of ground on their beat."
--Kirkus Reviews