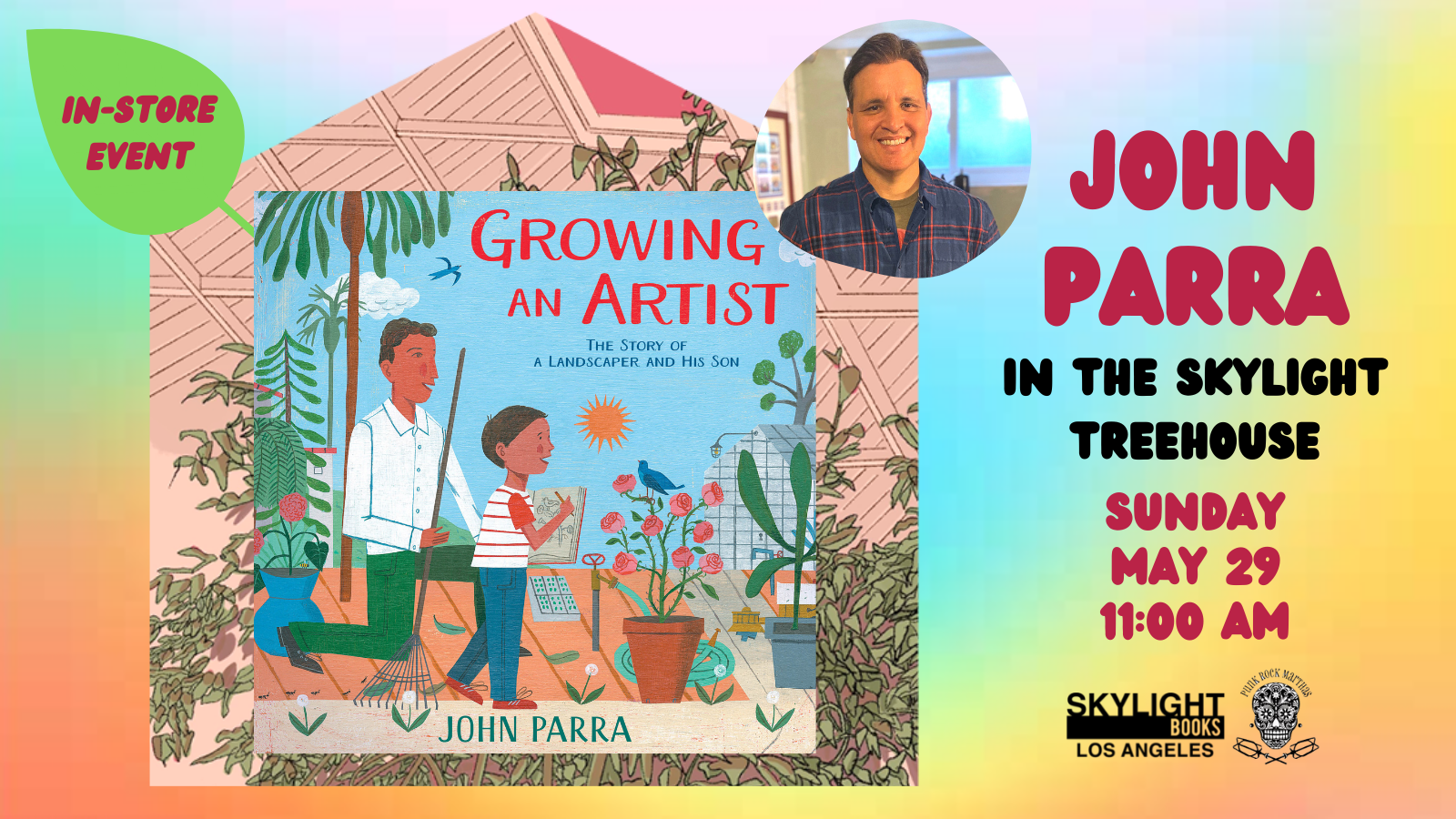 Join Skylight Treehouse and Punk Rock Marthas at Skylight to celebrate John Parra's new book GROWING AN ARTIST: THE STORY OF A LANDSCAPER AND HIS SON!

Growing an Artist: The Story of a Landscaper and His Son (Simon & Schuster/Paula Wiseman Books)

From award-winning artist John Parra comes a touching and deceptively simple picture book based on his childhood experience about the bond between a father and son, hard work, and the links between nature, art, and creativity.

Today is a big day—the first time Juanito gets to help his papi on the job as a landscape architect! Throughout the day, Juanito sketches anything that catches his eye: a nest full of baby birds, a nursery with row upon row of plants and flowers, and more. Father and son travel from house to house, pruning, weeding, mowing, and turning overgrown and chaotic yards into beautiful spaces.

A few of the clients don’t appreciate Papi’s hard work, like Juanito’s classmate who pretends not to see him. But Papi always feels pride in owning his own business and in a job well done. And at the end of the day, Juanito may get the chance to turn his artistic eye toward landscape design—just like his papi.

John Parra’s illustrations for Frida Kahlo and Her Animalitos, written by Monica Brown, earned the book a New York Times Best Illustrated Book designation. He also illustrated Green Is a Chile Pepper: A Book of Colors by Roseanne Thong, which received a Pura Belpré Honor and the Américas Book Award: Commended; Marvelous Cornelius: Hurricane Katrina and the Spirit of New Orleans by Phil Bildner, which won the Golden Kite Award for Picture Book Illustration and was a Bank Street Best Book of the year; and Hey, Wall, by Susan Verde, which School Library Journal called “a must-purchase” in a starred review. Learn more at JohnParraArt.com.

Growing an Artist: The Story of a Landscaper and His Son (Hardcover)