IN THE SKYLIGHT TREEHOUSE: SALLY DENG presents WARRIOR PRINCESS: THE STORY OF KHUTULUN with MARCELO VERDAD 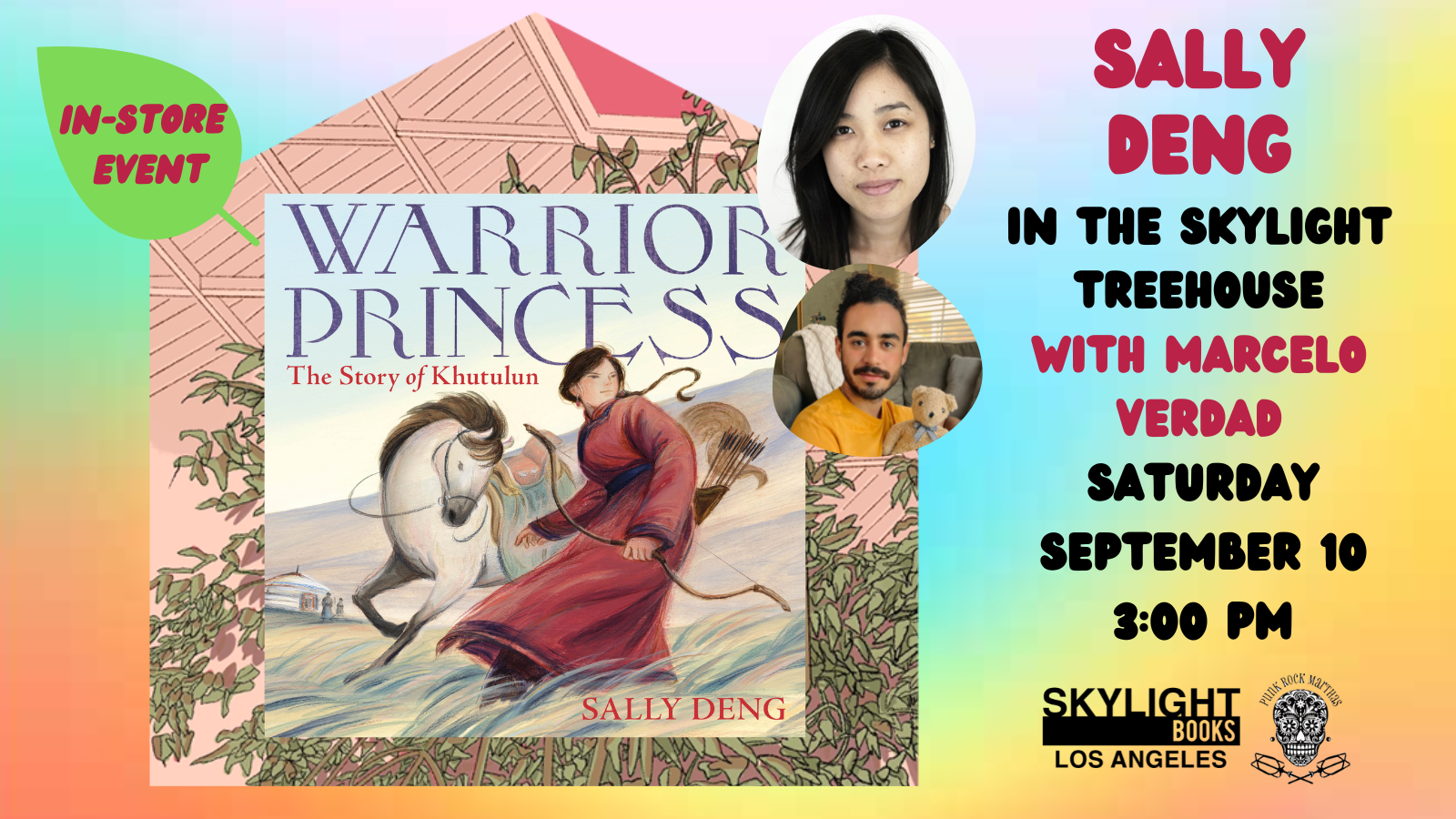 An empowering and informative picture book biography about Khutulun, the great-great granddaughter of Genghis Khan, and how she defied the expectations of her time to become commander of the Khan’s army.

Just like the fourteen brothers that came before her, Khutulun, princess of her tribe, learned from an early age how to ride horseback, shoot arrows at full gallop and, most importantly, to wrestle. But as she grew older, her people wondered why their beloved princess had not yet married. So Khutulun vowed to marry any man that could defeat her at wrestling. Though she remained undefeated, Khutulun felt duty bound to throw a match to end the rumors and restore honor to her family. But when the day arrives, Khutulun's heart is torn. In the heat of battle, would she–could she–make the decision to become a wife and not a warrior?

A story based on the life and legend of Khutulun, Warrior Princess is an inspiring tale of a princess who realizes that sometimes the best way to serve one’s community is to stay true to oneself and defy their expectations, brought to life by Sally Deng’s lush, sweeping paintings and additional backmatter about Khutlun’s life.

Sally Deng is the author-illustrator of Skyward: Women Pilots in WWII and the illustrator of Yusra Swims. Her illustrations have appeared in various publications including the New York Times, The Atlantic, NPR, Vice, The New Yorker, and Condé Nast Traveler.

Marcelo Verdad is a queer author and illustrator from México who likes to tell layered stories from unconventional perspectives. He describes his work as "consciousness disguised as design." His visual practice involves a lot of play. It starts with multiple recognizable elements for kids—paper textures, cutouts, crayons, bright colors and basic shapes— to create an accessible visual language for them. Then he edits his compositions digitally until he feels a big smile take hold of his face. The smile is a crucial and serious part of the process. Very serious. Marcelo graduated from ArtCenter College of Design, where he fell in love with kids’ books. He sees them as a great opportunity to share valuable tools to help tiny ones build a strong foundation from which to navigate this world with kindness, openness, and compassion. He lives in Los Angeles, California, but you can often find him traveling in his pink spaceship with his tiny furry life companion, Prana. They love to drink chocolate milk and nap together. His picture book debut, The Worst Teddy Ever, will be published by Little Brown and released simultaneously in Spanish as El peor Teddy del mundo.