IN THE SKYLIGHT TREEHOUSE: VIVIAN KRISHNAN presents KULA IN THE SKY 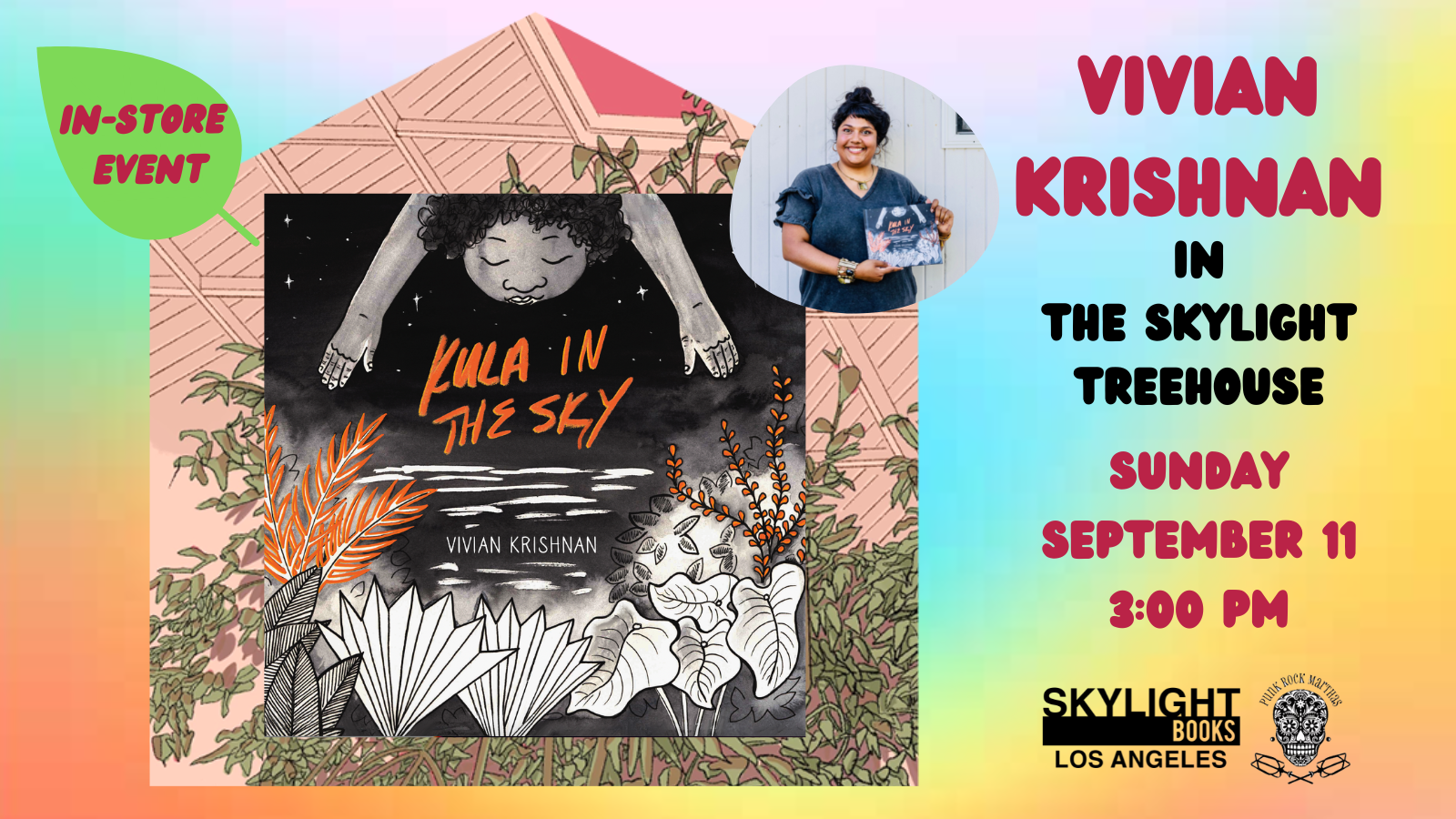 Kula in the Sky

Kula and Yasi are sisters who have spent their whole world together, but when Yasi enters womanhood and her responsibilities change, she no longer has time to play with her little sister and Kula feels left alone in the dark. Kula goes on an emotional journey with her clever bat friend as she realizes that even though things will never go back to the way they used to be, it doesn’t mean she is less loved by the ones close to her.

Vivian Krishnan is a multimedia artist with works that cross the vast stage of storytelling, from designing costumes for theatrical characters to writing and illustrating diverse children’s books. Vivian’s focus is creating accessible work and centering stories of minoritized people. She approaches subjects regarding mixed-race identity, colonization of the Global South, sustainability in art and the environment, all while reclaiming ancestral craft through costumes, textiles, and printmaking.

Her costume design work has been featured in productions such as Lysistrata, Elephant’s Graveyard, The Nutcracker, and Doll’s House Part 2. She has also designed costumes for director Nisi Sturgis, on the short film, REDBALL and dramatic play, The Wolves. In addition to plays and film, she has designed several theatrical dance performances at the Krannert Center for the Performing Arts. Vivian has worked on all aspects of costume design and production in Denver, Southern California, and Illinois to bring stories to life.

While much of her recent work has appeared on the stage, she began her studies of the fine arts while attending Fort Lewis College in Durango, located in the San Juan mountains of Colorado. There she received her bachelor’s focusing in printmaking and wearable art. She continues to grow her love for the outdoors. When not working on shows for theatre, Vivian fuels her artistic drive by writing, creating art, attending artist residencies, and tending to the garden. All while remaining a wilderness enthusiast staying inspired and healthy by going on as many nature excursions as possible!