IN-STORE SIGNING: BRITTA LUNDIN, author of LIKE OTHER GIRLS 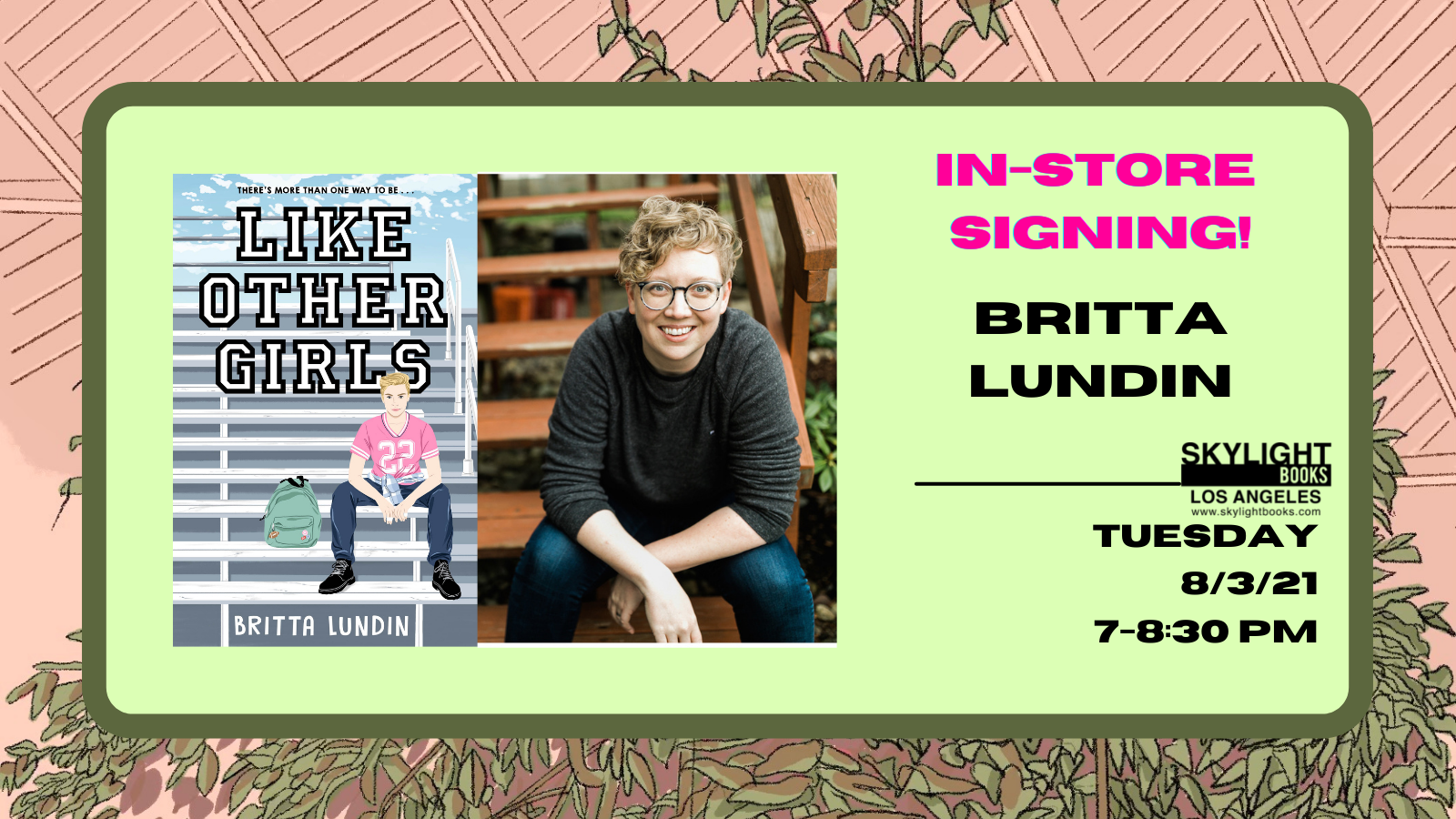 Join us on Tuesday, August 3rd from 7:30-8pm for a signing to celebrate the release of LIKE OTHER GIRLS and meet Britta Lundin!

If you can't make the signing, you can order a signed or personalized copy here!

After getting kicked off the basketball team for a fight that was absolutely totally not her fault (okay maybe a little her fault), Mara is dying to find a new sport to play to prove to her coach that she can be a team player. A lifelong football fan, Mara decides to hit the gridiron with her brother, Noah, and best friend, Quinn—and she turns out to be a natural. But joining the team sets off a chain of events in her small Oregon town—and within her family—that she never could have predicted. Inspired by what they see as Mara’s political statement, four other girls join the team. Now Mara’s lumped in as one of the girls—one of the girls who can’t throw, can’t kick, and doesn’t know a fullback from a linebacker. Complicating matters is the fact that Valentina, Mara’s crush, is one of the new players, as is Carly, Mara’s nemesis—the girl Mara fought with when she was kicked off the basketball team. What results is a coming-of-age story that is at once tear-jerking and funny, thought-provoking and real, as Mara’s preconceived notions about gender, sports, sexuality, and friendship are turned upside down. Britta Lundin’s sophomore novel will give readers all the feels, and make them stand up and cheer.

Britta Lundin is a TV writer and author. She’s written for shows such as Riverdale, Betty, and The Big Leap and is the author of the young adult novels Like Other Girls (out August 2021) and Ship It. Originally from the Pacific Northwest, she lives with her wife, kid, and dog in Los Angeles.