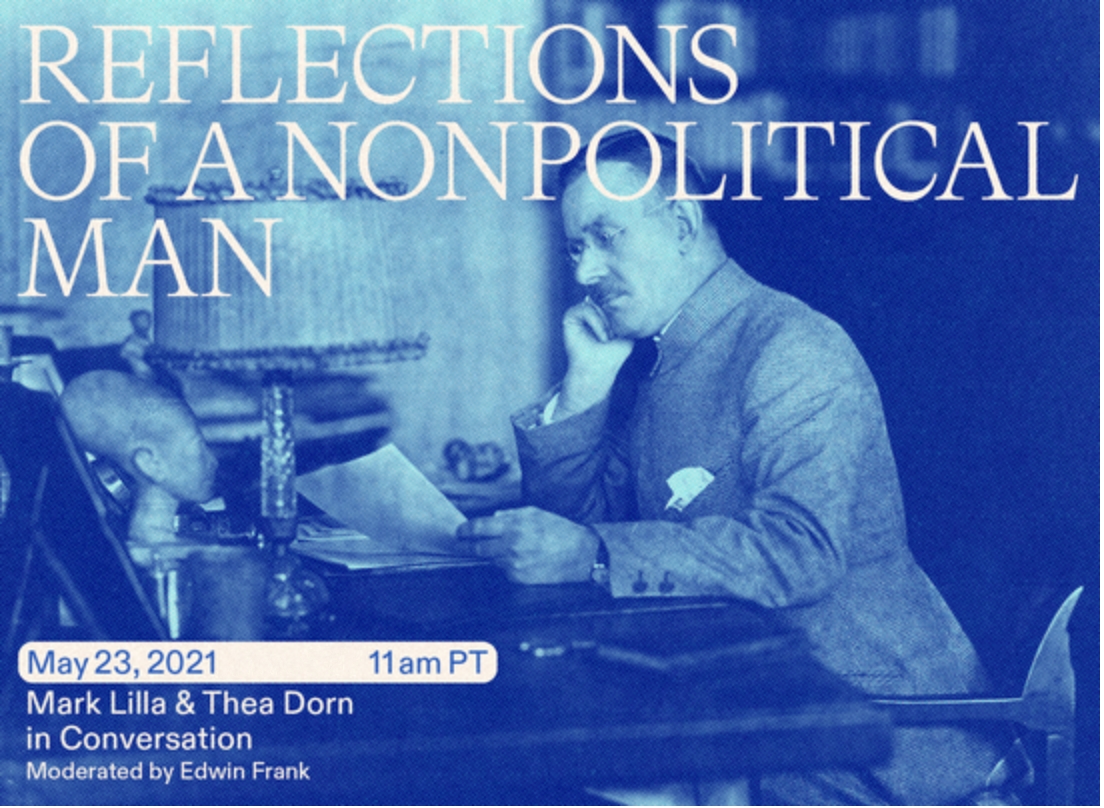 Thomas Mann's book Reflections of a Nonpolitical Man (1918) bears witness to how the bourgeois writer Thomas Mann became a fierce advocate of the German cause and a voice of the völkisch German right during the First World War. While the title of the book, published in 1918, suggests a flight from the political, the years of World War I represent the beginning of Thomas Mann's checkered life as a political writer.

Historian Mark Lilla and publicist Thea Dorn will discuss how Thomas Mann went from being a staunch anti-democrat to a champion of the Weimar Republic and what we can learn from this to counter current polarizing tendencies. Edwin Frank (New York Review Books) will moderate the event.

In May 2021, New York Review Books will publish Reflections of a Nonpolitical Man as part of their NYRB Classics edition with an introduction by Mark Lila.

Mark Lilla is Professor of the Humanities at Columbia University and a prizewinning essayist for the New York Review of Books and other publications worldwide. His books include The Once and Future Liberal. After Identity Politics; The Stillborn God: Religion, Politics, and The Reckless Mind: Intellectuals in Politics. He lives in Brooklyn, New York.

Thea Dorn is the author of award-winning novels, plays, screenplays and essays and has been the lead presenter on the program "Literarisches Quartett" on German television since March 2020. Most recently, she published the book "Trost. Briefe an Max" with Penguin. Thea Dorn lives in Berlin.

The conversation will be moderated by Edwin Frank. Frank was born in Boulder, Colorado and educated at Harvard College and Columbia University. He is the author of Snake Train: Poems 1984–2013 and the editorial director of the NYRB Classics series.

The event is a collaboration between Skylight Books, the Thomas Mann House, New York Review Books and 1014.

Reflections of a Nonpolitical Man (Paperback)