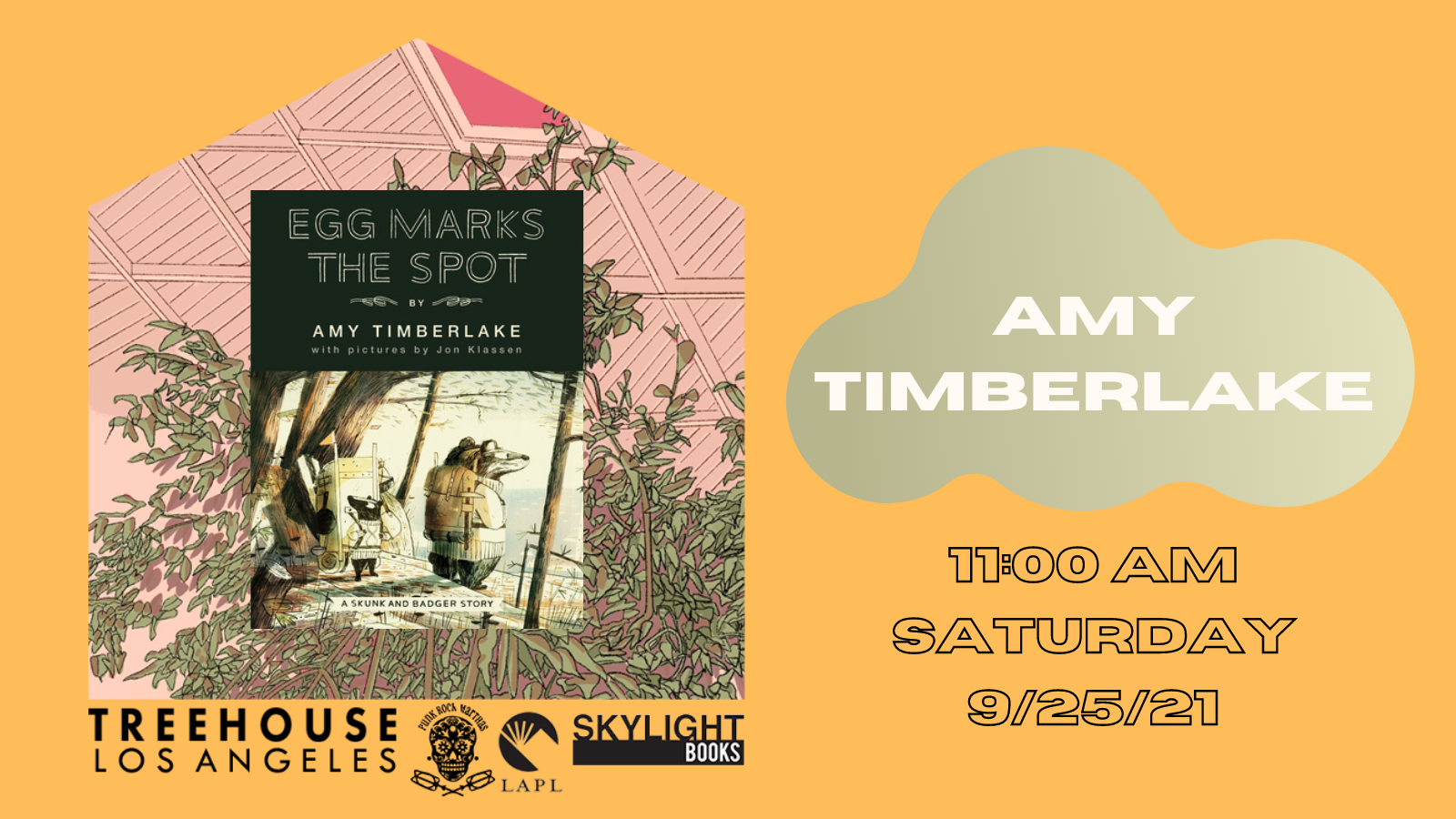 Buried in the heart of every animal is a secret treasure. For rock scientist Badger, it’s the Spider Eye Agate he found as a cub, stolen years ago by his crafty cousin, Fisher. For Badger’s roommate, Skunk, the treasure is Sundays with the New Yak Times Book Review. When an old acquaintance, Mr. G. Hedgehog, announces his plan to come for the Book Review as soon as it thumps on the doorstep, Skunk decides an adventure will solve Badger’s problems as well as his own. Surprisingly, Badger agrees. Together
they set off on an agate-finding expedition at Badger’s favorite spot on Endless Lake.

But all is not as it seems at Campsite #5. Fisher appears unexpectedly. Then a chicken arrives who seems intent on staying. Something is up!

In a volume that includes full-color plates and additional black-and-white illustrations by Caldecott medalist Jon Klassen, Newbery Honor author Amy Timberlake takes readers on a second adventure in the new series reviewers have called an instant classic, with comparisons to Frog and Toad, Winnie-the-Pooh, and The Wind in the Willows.

Amy Timberlake’s novels for young readers have received a Newbery Honor, an Edgar Award, a Golden Kite Award, and the China Times Best Book Award. She grew up in Hudson, Wisconsin, but now calls Chicago home. She is a graduate of Mount Holyoke College, and holds an MA in English and Creative Writing from the University of Illinois. You can find her walking on Chicago’s Lakefront Trail on cool, crisp fall days.

Praise for Egg Marks the Spot:

“Leaning heavily on its delightfully whimsical qualities, Book 2 of Timberlake and Klassen’s endearing series also boasts a whole lot of heart, perhaps even more so than its predecessor. Even as its often fantastical premise careens over the edge (and thrillingly so), the series’ titular duo keep it grounded thanks to Timberlake’s clear admiration for these characters and their quirks. Klassen’s artwork, meanwhile, continues to awe with its wistfulness. As wonderful as Important Rock Work.” —Kirkus Reviews, starred review