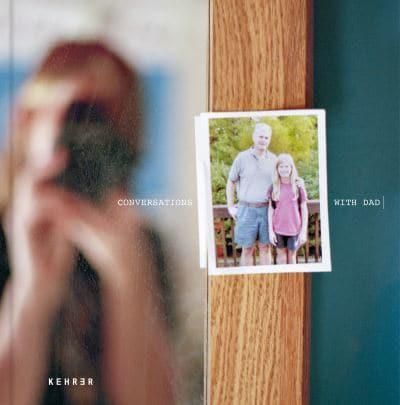 *Please note: this signing will take place in person at Alcove Café. Social distancing guidelines will be followed and face-coverings are required! Please direct any questions to events@skylightbooks.com.

Conversations With Dad is a moving story about a daughter and her father, and their relationship with each other. Today many young people still feel a gap between generations and communication can be challenging. Los Angeles based photographer Carissa Dorson was trying to overcome her personal gap with her father by looking for something they have in common. She remembered that they both love taking pictures, so she sent him a photo and asked him to respond with one of his own, inspired by the one she took. For two years they have been sending pictures to each other, ping-pong-like from East Coast to West Coast. Their ongoing visual conversation has blossomed into a closer relationship, in which they talk more and engage in each other’s lives. The photos themselves are beautiful and clever, and reveal more about them than words ever could.

Carissa Dorson is a Los Angeles-based cinematographer and fine art photographer, originally from Silver Spring, Maryland. She began her career in sketch comedy, garnering hundreds of millions of views for websites like CollegeHumor and Funny or Die.  Most recently, she shot season 2 of “A Little Late with Lilly Singh” on NBC, and the comedy feature, “It’s a Party,” on Showtime. Carissa is most fulfilled by using the camera to explore relationships and what it means to be human. Her first photobook, “Conversations with Dad,” was published by Kehrer Verlag, and her portrait series, “Funny People. Serious Photos,” was featured in L.A. Weekly.  Carissa graduated with a BFA from Florida State University’s College of Motion Picture Arts in 2011.  When she is not filming or taking photos, she loves playing Ultimate Frisbee and seeing improv shows at UCB.