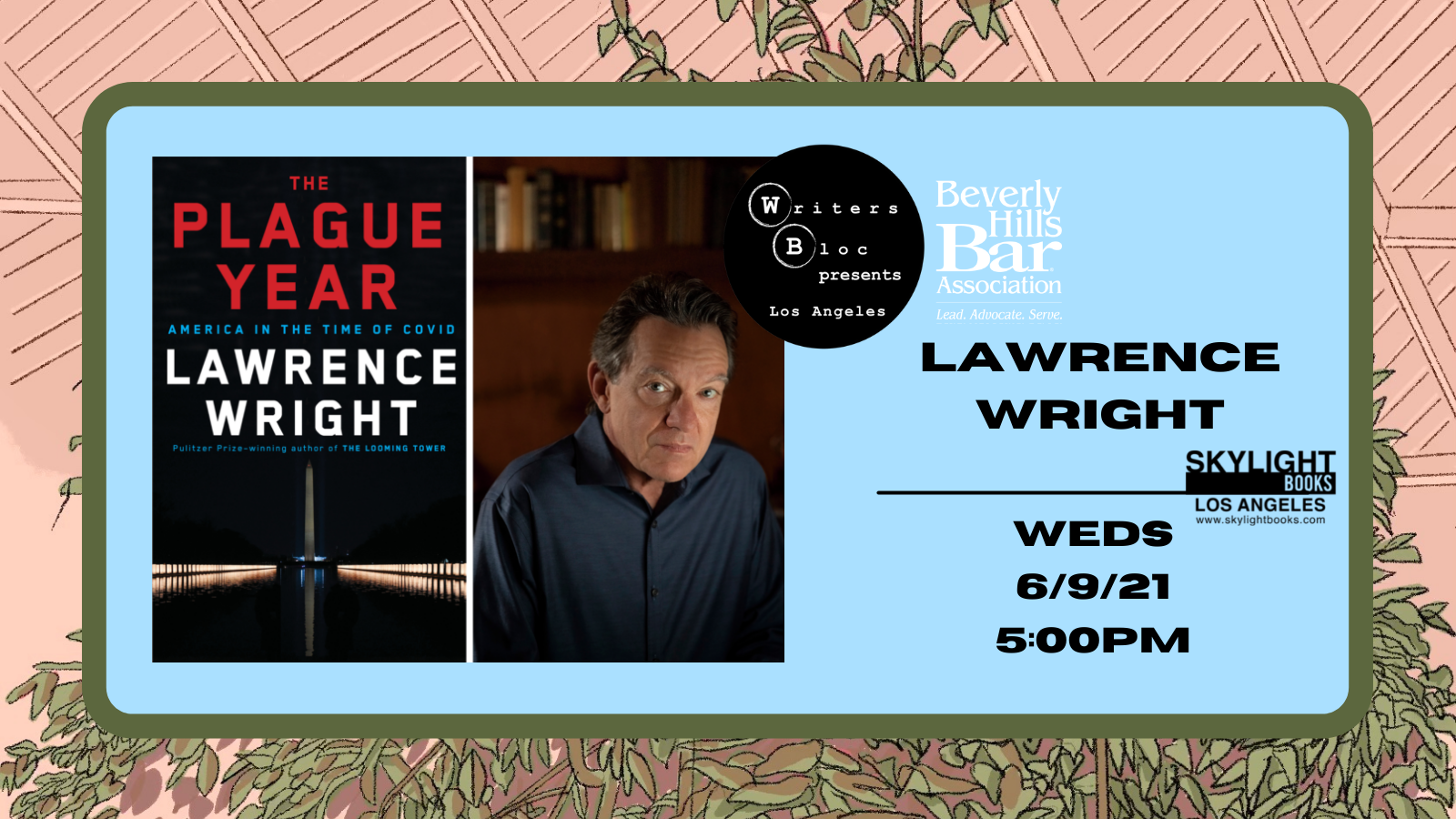 This event is co-sponsored by Writers Bloc and the Beverly Hills Bar Association! Moderator TBD.

So much went wrong so fast as we absorbed the breathtaking ferocity of COVID-19. Lawrence Wright, author of The Looming Tower and Going Clear, weaves together the maddening, sometimes farcical, sometimes comical, story of not only what went wrong, but how and why the response to COVID toggled between the  catastrophic and heroic. In his new book, The Plague Year, Lawrence moves us from “an evolving situation,” to “flattening the curve,” to full-on nightmare. As only he can do, Wright brings to light the testing screw-ups, the skeptics in the government, the scientists — and their pseudo science counterparts, public health leaders, activists, and the courageous heroes in a once-in-a-century year whose effects will ripple for decades to come. What happened? The Plague Year makes clear that this story is an on-going global drama, and no one could tell it better than Lawrence Wright. As you might know from Wright’s reporting in The New Yorker and in his Pulitzer Prize-winning books, Wright delivers drama and great humanity on every page.

LAWRENCE WRIGHT is a staff writer for The New Yorker, a playwright, a screenwriter, and the author of ten books of nonfiction, including The Looming Tower, Going Clear, and God Save Texas. His recent novel, The End of October, was a New York Times best seller. Wright’s books have received many honors, including a Pulitzer Prize for The Looming Tower. He and his wife are longtime residents of Austin, Texas.

The Plague Year: America in the Time of Covid (Hardcover)